Home » The Trump brand of politics is spreading around the world

(CNN)Maybe this is a source of pride for former President Donald Trump. But for the rest of the world, seeing America’s recent political turmoil emulated in nations from east to west is something else entirely. The example set by Trump — disparaging, assaulting and undercutting a country’s democracy — has now become the template for political players with authoritarian leanings around the globe.

In the same way that Trump’s cry of “fake news!” — which he used with some success to discredit professional journalists — has been wielded by dictators to crush a free press in their countries, the claim of “rigged” elections is also being deployed by those who cannot win the support of voters as they try to acquire power.
With security officials in Washington bracing for the possibility of more violence ahead of the September 18 rally in support of insurrectionists charged in the Capitol riots, and as Trump strongly hints that he will run for reelection in 2024, his brand of politics continues to spread like a hard-to-contain infection that ignores national boundaries.
In Myanmar, also known as Burma, the military-backed party lost in a landslide last November, around the same time Trump lost his reelection by millions of votes. Perhaps the generals were watching Trump’s reaction. They immediately protested, claiming widespread fraud, adamantly refusing to accept the results despite confirmation that the election was generally clean and the outcome valid.
On February 1, the military arrested Aung San Suu Kyi and other leaders of the winning National League for Democracy party and then seized power. Since then, resistance to the coup has only intensified, as has the number of lives taken by the ruthless regime. The Tatmadaw, as the army is known, has killed more than a thousand civilians. The government in exile is calling for a nationwide uprising against the tyrannical junta. Civil war is a distinct possibility. Again, the election results were correct. The losers rejected the outcome. Many of the winning candidates remain detained.
In Brazil, President Jair Bolsonaro, an admirer and imitator of Trump, is following Trump’s preelection moves step by step. His handling of the pandemic was so catastrophic — and the alleged corruption in his government and among his politically active sons so egregious — that Bolsonaro is lagging badly in the polls ahead of next year’s presidential election. (His sons deny any wrongdoing.)
Bolsonaro is claiming that electronic voting, which has a long, strong, and very credible track record in Brazil, will rig the elections against him. He has threatened to cancel the election and is stoking the anger of his supporters, calling them out to the streets.
His assaults on the credibility of the election have already triggered formal investigations as potentially criminal behavior, and Brazil’s Congress has already rejected his push to cancel electronic voting. No matter. Bolsonaro is already crafting his Big Lie: By undercutting faith in the electoral system, he’s laying the groundwork for rejecting the outcome of the election (assuming it happens) and hoping his supporters will bolster his standing when he claims he did not lose. Sound familiar?
In Peru, the country just endured an excruciatingly close presidential election, pitting a far-left candidate against one from the far-right. As the razor-thin vote count trended toward leftist rival Pedro Castillo, the rightist candidate, Keiko Fujimori, pulled the phony fraud card, claiming Castillo’s party was carrying out a “strategy” of “distortion.”
She could produce no credible evidence, and Castillo ultimately assumed the presidency by 44,263 votes. With tensions high, accusations that an election has been stolen have the potential to unleash violence, not to mention the possibility that they will ultimately succeed in actually stealing the election. With neither of those events taking place, the country has dodged a bullet.
Not surprisingly, the bogus claims of fraud are taking root in the United States, where it looks possible that some version of Trump’s mantra, if I don’t win, then there was fraud — a demagogue’s riddle if there ever was one — will become ever more common in some GOP circles.
In this week’s California recall election, Republican front-runner Larry Elder, a far-right radio personality, has already proclaimed that “there might well be shenanigans” if Gov. Gavin Newsom emerges victorious. The polls show Newsom in a strong position, which appears to be the reason Elder is now raising the fraud weapon from his holster. In case anyone has doubts, he explains that by “shenanigans” he means what happened to Trump in 2020.
What happened to Trump in 2020 is that he lost to Biden. What happened to the country is that Trump falsely claimed he won and his followers, now including the majority of the Republican Party, seem determined to embrace that lie. The technique is a deadly bacteria bacillus, one that first emerges in one corner of the world and is spreading far and wide, with consequences that could prove disastrous for hundreds of millions of people.
Maybe seeing himself imitated around the world makes the former guy proud. For the rest of us, it revives that old familiar mixture of frustration, sadness, anger, and profound worry. 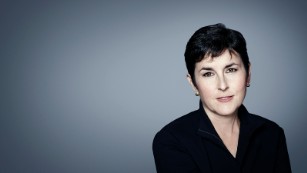